Conservatives are the classic EU-sceptics, but Labour voters might push Britain to Brexit

At the start of Britain's EU referendum campaign, it was all about the Tories. David Cameron had committed himself to holding the referendum in the first place, largely to appease his party. The early phase of the campaign proper focused on which MPs in the Tory party would go which way on the Brexit question. Cameron has ended up the de-facto leader of the Remain camp, lining up against Michael Gove and Boris Johnson on the Leave side.Yet in recent weeks another more worrying trend has become apparent: where is the Labour Party in all of this? Labour promised its own referendum effort - Labour IN - and shunned appearances with Cameron. Yet party leader Corbyn has been a lefty EU-sceptic all his life and lacks enthusiasm and conviction and the rest of his team have little public profile. The only Labour politician really speaking out is former Prime Minister Gordon Brown who was so weedy about the EU while in office he turned up late to sign the Treaty of Lisbon.

All of this then leads us to the situation outlined in Polly Toynbee's article: that people who would traditionally vote Labour are not at all convinced by the case for Remain. The issue that keeps on being raised is - inevitably - immigration. UKIP lit that touch paper back in 2015, running Labour close in traditionally working class constituencies at the general election, and now - with the Leave campaign hammering an anti-immigration message relentlessly - Labour's message that the economy and workers' rights would be endangered by leaving is falling on deaf ears.

As the Toynbee piece alludes to, the EU referendum debate is now entering a very crucial and nervous phrase. Can Remain just about hold on? Or - as Toynbee seems to fear - now the emotions about immigration have been unleashed, there is no way to constrain those, and Britain is heading for the exit? 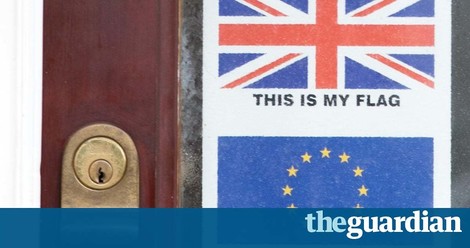 The clutch of England fans in Marseille were unequivocal. "Fuck off Europe, we're all voting out," they chanted. I've spent the week listening to much the same, politer, but just as fingers-in-the-ears adamant. No fact, no persuader pene...