Facts or heart? Is that the question?

“I don’t trust books. They’re all facts, no heart." Stephen Colbert geniusly put this words in Georg W. Bush mouth, we all laught and thought things could not get worse. How wrong we were. In high times of populism and unprecedented disinformation campaigns however we have to stop and think again. What if, as Jill Lepore, the author of this article, states, the age of fact is over? Are we fact lovers prepared to fight back? What are our options? Here's a little pre-read:

"Then came the Internet. The era of the fact is coming to an end: the place once held by 'facts' is being taken over by 'data'." This is making for more epistemological mayhem, not least because the collection and weighing of facts require investigation, discernment, and judgment, while the collection and analysis of data are outsourced to machines. “Most knowing now is Google-knowing—knowledge acquired online,” Lynch writes in “The Internet of Us” (his title is a riff on the ballyhooed and bewildering “Internet of Things”). We now only rarely discover facts, Lynch observes; instead, we download them. Of course, we also upload them: with each click and keystroke, we hack off tiny bits of ourselves and glom them on to a data Leviathan.

“The Internet didn’t create this problem, but it is exaggerating it,” Lynch writes, and it’s an important and understated point. Blaming the Internet is shooting fish in a barrel—a barrel that is floating in the sea of history. It’s not that you don’t hit a fish; it’s that the issue is the ocean. No matter the bigness of the data, the vastness of the Web, the freeness of speech, nothing could be less well settled in the twenty-first century than whether people know what they know from faith or from facts, or whether anything, in the end, can really be said to be fully proved. 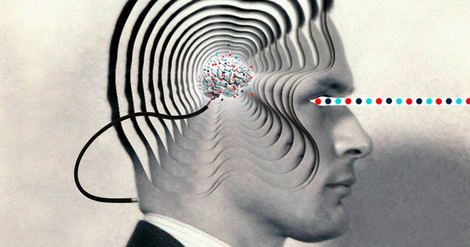 The Age of Facts Is Over

Ted Cruz's campaign autobiography is called "A Time for Truth." "This guy's a liar," Donald Trump said at a recent G.O.P. debate, pointing at Cruz. Trump thinks a lot of people are liars, especially politicians (Jeb Bush: "Lying on campa...