The future is mixed-race

"... we can embrace immigration and globalisation in an effort to position ourselves for a brighter future. The underlying causes of the current high rates of human migration are likely to persist, and perhaps to increase, as the global human population continues to grow. Access to natural resources such as fresh water have long driven population movements, and these might become even more important drivers of migration as the world’s population expands. Likewise, as economic development proceeds, the amount of resources used by each person will continue to rise, putting further pressure on scarce resources and further motivating people to move in search of better conditions. Sea levels are expected to continue rising as a result of global climate change, and this is likely to drive large-scale population movements away from low-lying coastal areas as they become uninhabitable. In short, the reshuffling of populations that results from the movement of people around the world will continue to shape the structure of our gene pool – and, by extension, our future evolution – for many generations to come.", says the author, a biologist. So here we are. No fake-news, no bullsh*t. Just a bunch of facts to ponder. Some antidot against the rampant nationalism in the age of #45, brexit, front national etcetera. 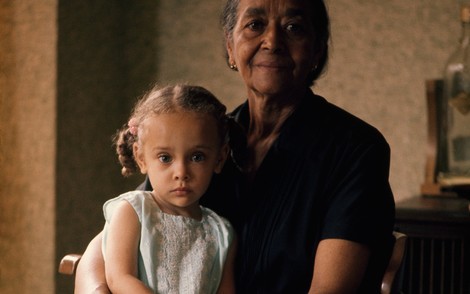 In the future, a lot of people might look like Danielle Shewmake, a 21-year-old college student from Fort Worth, Texas. Shewmake has dark, curly hair, brown eyes, and an olive skin tone that causes many to mistake her heritage as Mediter...