Are Afghan refugees unwelcome in Germany?

Syrians are the largest group among Refugees fleeing to Germany. Afghans, however, occupy the second place. Since the massive immigration wave that swept through Europe during the summer of 2015, more than 100.000 Afghans have gone through the Balkans towards Germany and other countries such as Sweden and the Netherlands.

But German politicians view Afghan asylum seekers and those from Syria differently. The reason: Germany provides financial and military support for Afghanistan since 2001 "which is enough to fulfill Germany’s commitment to care for those in need" as Chancellor Angela Merkel said. So the unofficial deal reads: "We send you aid, you stay in Afghanistan.“ Well, it seems that deal is off the table.

This article is a good read for anyone interested in understanding why Afghans leave their country. Are they actually threatened If they stay? What are their views about the German government's policy toward them? 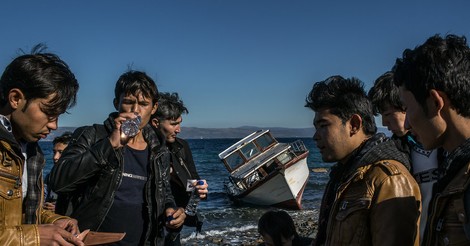 Afghans Arriving in Germany Find the Welcome Is Wearing Thin

BERLIN - A growing sense that Afghanistan is slipping into greater chaos and will not stabilize anytime soon is driving rising numbers of Afghans to flee for Europe, hopeful that they will enjoy the same welcome given to Syrians and Iraq...